If you visit us to inquire about implants, then we are first going to discuss with you all the options. We will then explain to you how every treatment works, including what you gain to benefit from the procedure.

If you decide to proceed with treatment, then we will require some diagnostic tests first. One of the diagnostic tests that we are going to carry out will entail using cone beam technology. While our gums and teeth are visible on your face and jaws, do contain structures that are hidden. Some of these structures include blood vessels, sinuses and nerves.

Before placing implants, we need to know the exact location of these hidden structures, and that’s where the cone beam scanner comes in.

While traditional dental x-rays will take 2D models of your jaws and teeth, cone-beam scanners typically take 3D photos. The scanner will take several digital x-rays which will then be amalgamated together to come up with a detailed 3D image. These machines will take a highly detailed 3D image of your jaws and teeth in just a few seconds in a manner that’s non-invasive and comfortable. Unlike conventional scanners which produce high amounts of radiation, cone-beam scanners produce small amounts of radiation because the radiation is concentrated inside the cone shape.

Dental cone beam scans are commonly used during the preparation for the treatment of orthodontic issues. This equipment also comes handy in complex cases which involve the diagnosis of TMJ, surgical planning for teeth that are firmly pressed, measuring, treating and detecting of jaw tumors, reconstructive surgeries and many others.

Cone beam scans require no special preparation. Before the examination, we will ask you to remove anything which we believe might interfere with the procedure, including metal objects like eyeglasses, earrings, hearing aids and hairpins. 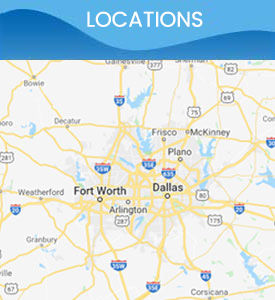 *In case of a life threatening emergency, immediately call 911.
**For any medical procedures, patients may respond to treatment differently, each patients results may vary.
***Information on this site is not intended or implied to be a substitute for professional medical advice, diagnosis or treatment. All content contained on or available through this site is for general information purposes only.
****By using this website and sending us your information, you are giving us permission to contact you by electronic and non-electronic means. We also track the conversions and collect user data to improve marketing.
*****If you are vision-impaired or have some other impairment covered by the Americans with Disabilities Act or a similar law, and you wish to discuss potential accommodations related to using this website, please contact us.

Beyond Dental and Implant Center

How May I Help You?